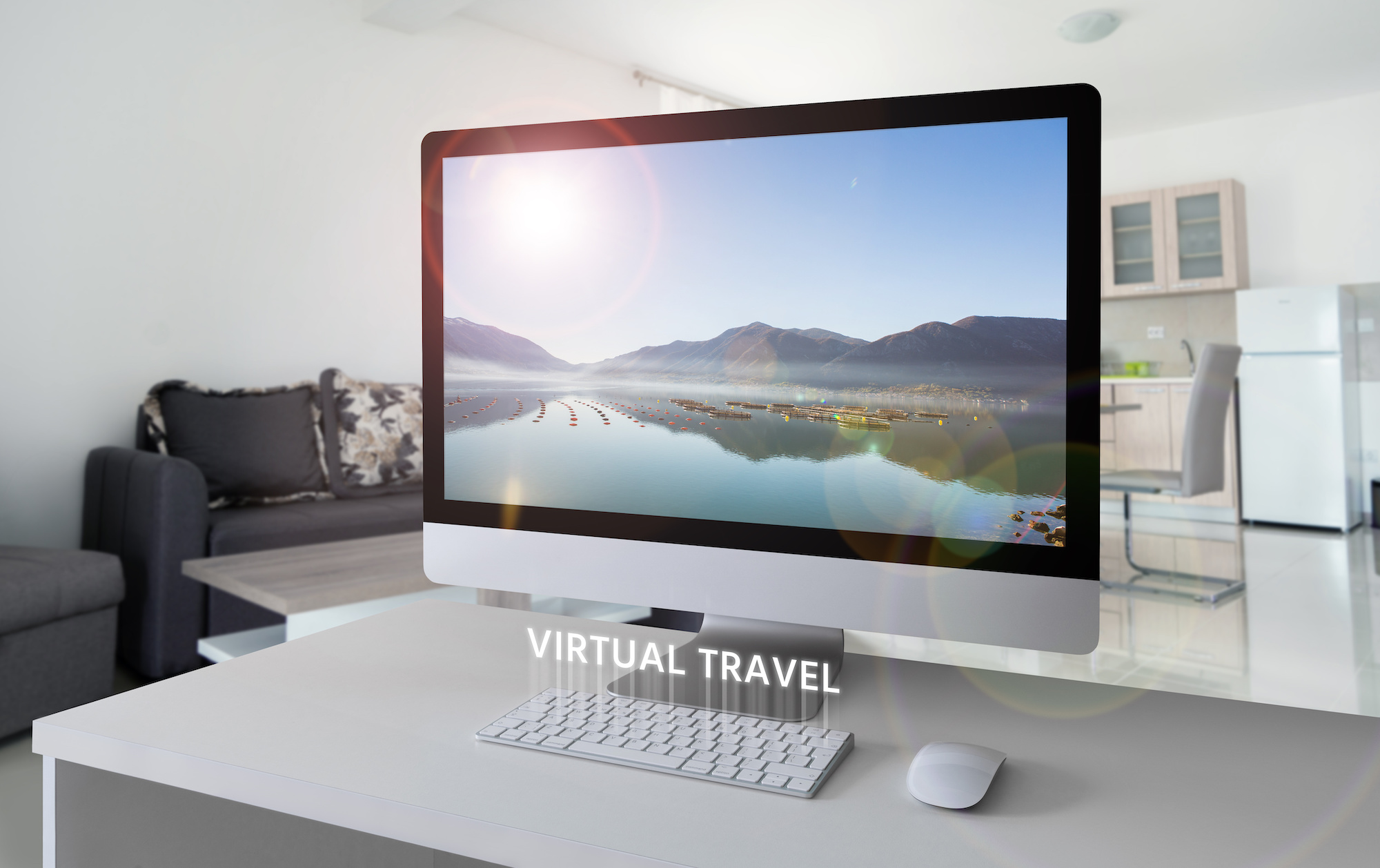 There has been a lot of sharing going on recently. Museums and attractions have been opening their virtual doors, for free, as an act of kindness during this pandemic. And let’s face it, it’s not a bad marketing tool either once things go back to normal.

Commercial scepticism aside, it’s great news that businesses and organisations are bringing us into their treasure troves. There’s an array of great resources for home-schoolers at the moment and taking a ‘trip out’ can actually be pretty relaxing for the rest of us too.

For our top five virtual experiences, we’ve chosen an ‘otherworldly’ theme. This doesn’t mean spaceships or aliens – we’ve just tried to find some of the best natural planetary wonders, from right here on Earth to the moving Milky Way.

So let’s dive in at number one with…

These guys are providing a beautiful virtual reality tour from Abisko National Park in Lapland. Although they admit that VR technology will never encapsulate the awesome beauty of the Aurora Borealis, at least you can experience some calming and wonderous imagery from the comfort of your warm sofa. No snow jacket required.

From Starry Starry Night to Sunflowers, Van Gogh’s collection at this Amsterdam Museum is now fully accessible from your isolation pad. Courtesy of Google Arts & Culture, you can now roam around the museum in your underpants without anyone giving you a second look – yes, that’s right, because there’s nobody there. Van Gogh’s timeless otherworldly masterpieces can now be admired for hours on end and there’s no museum guard telling you to “Shhh!”, which is great.

The 360 degree video is another feature that Google’s Art & Culture are celebrating. It was here that I found NASA’s Orion Nebula experience. Very trippy and out of this world, literally. You can also have a nosey inside the Hubble Control Centre.

If you are a fan of the 360 experiences, there are plenty of fascinating videos to be found here; from Prehistoric Sea Dragons to the interior of the Carnegie Hall.

From outer space to Los Angeles’ The Broad Contemporary Art Museum. Normally, Yayoi Kusama’s interactive instalment is a 45 second experience. Here, international musicians have paired some space-like music to imagery from inside the artists’ feature. The full title of the work is Infinite Mirrored Room – The Souls of Millions of Light Years Away. If you’re at home in Cornwall or in Los Angeles but in lockdown, no one need miss out on this galactic light show.

From the wonders of up there, to the weird and bizarre world ‘down there’. Personally speaking, the sea has always had an alien sense to it. All those weird looking fish and sea plants – it truly is other-worldly.

Monterey Bay Aquarium have joined in on the live action experience by creating a series of YouTube videos which show animal Live Cams. The Cams do show live action animals going about their business, but we can only access them as pre-recorded videos via You Tube. It matters not, the animals are beautiful and range from sharks, to penguins to moon jellies. I honestly thought Moon Jellies were some sort of candy. It’s a mistake you’d only make once.

Joking aside, the Moon Jellyfish are mesmerising. Maybe it was the soothing music the people at Monterey Bay Aquarium had added to their Live Cam videos, or the slow and hypnotic jellyfish dance. Either way, if you’re an animal lover, I’d definitely recommend this as a virtual afternoon in-out.

This site uses Akismet to reduce spam. Learn how your comment data is processed.